Stars in the river: The prints of Jessie Traill 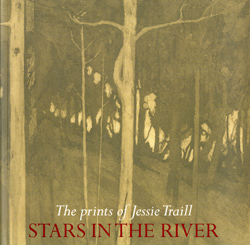 Stars in the river: The prints of Jessie Traill

Embracing the medium of etching in the early 1900s, Jessie Traill forged a radical path for printmaking in Australia. Her engaging vision bridged Edwardian Romanticism and post-war Modernism, encompassing the lyrical beauty of rural scenes and dramatic images of industrial construction. Adventurous and independent, she travelled extensively throughout Australia and Europe during her lifetime, and translated her experiences into poetic observations of people and place.