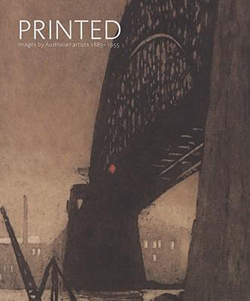 This volume follows Australian printmaking through a seventy-year period, from the latter part of the nineteenth century as the print (freed from its reproductive bounds) became a vehicle for pure artistic expression; through the great social and political traumas of the first half of the twentieth century, when print was co-opted to carry a message; and concludes in the immediate postwar years with prints that signal the artists’ search for meaning and an awareness of self.